We support these Sustainable Development Goals with our measures:

BPW covers 95.5 per cent of its energy needs with electricity from renewable, carbon-neutral sources with proof of origin and with environmentally friendly natural gas. Its natural gas supply will also be carbon-neutral by 2020 thanks to carbon offsetting. The ongoing conversion of the fleet to electric and petrol vehicles is evident in the falling proportion of diesel vehicles.

Since 2017, BPW has been obtaining its electricity exclusively from renewable, carbon-neutral sources with proof of origin, generated without nuclear power, coal or other fossil fuels. A growing proportion is coming from its own power generation, with BPW putting a second photovoltaic system into operation in 2018 at its plant in Brüchermühle. Since then, BPW has been operating 3,240 of its own photovoltaic modules, which generated 677,000 kWh of power in 2018. Potential expansions of solar power production are currently being evaluated.

BPW has also been using hydropower since the company was founded in 1898 – originally to power a hammer mill and most recently for power generation. However, it was necessary to stop turbine operation in 2018 due to technical inspections and planned renovation work. It will also be out of action in 2019. Internal energy production is therefore expected to fall to 770,000 kWh.

Natural gas is a climate-friendly energy source as it only releases half the amount of CO2 as coal when burnt. BPW wants to save even more CO2 in the future and is looking into the use of natural gas products with carbon offsetting from 2020 onwards. With these products, the CO2 emissions produced from the natural gas are fully offset through climate protection projects that save CO2. This is a cycle that works, because the climate operates on a global scale. 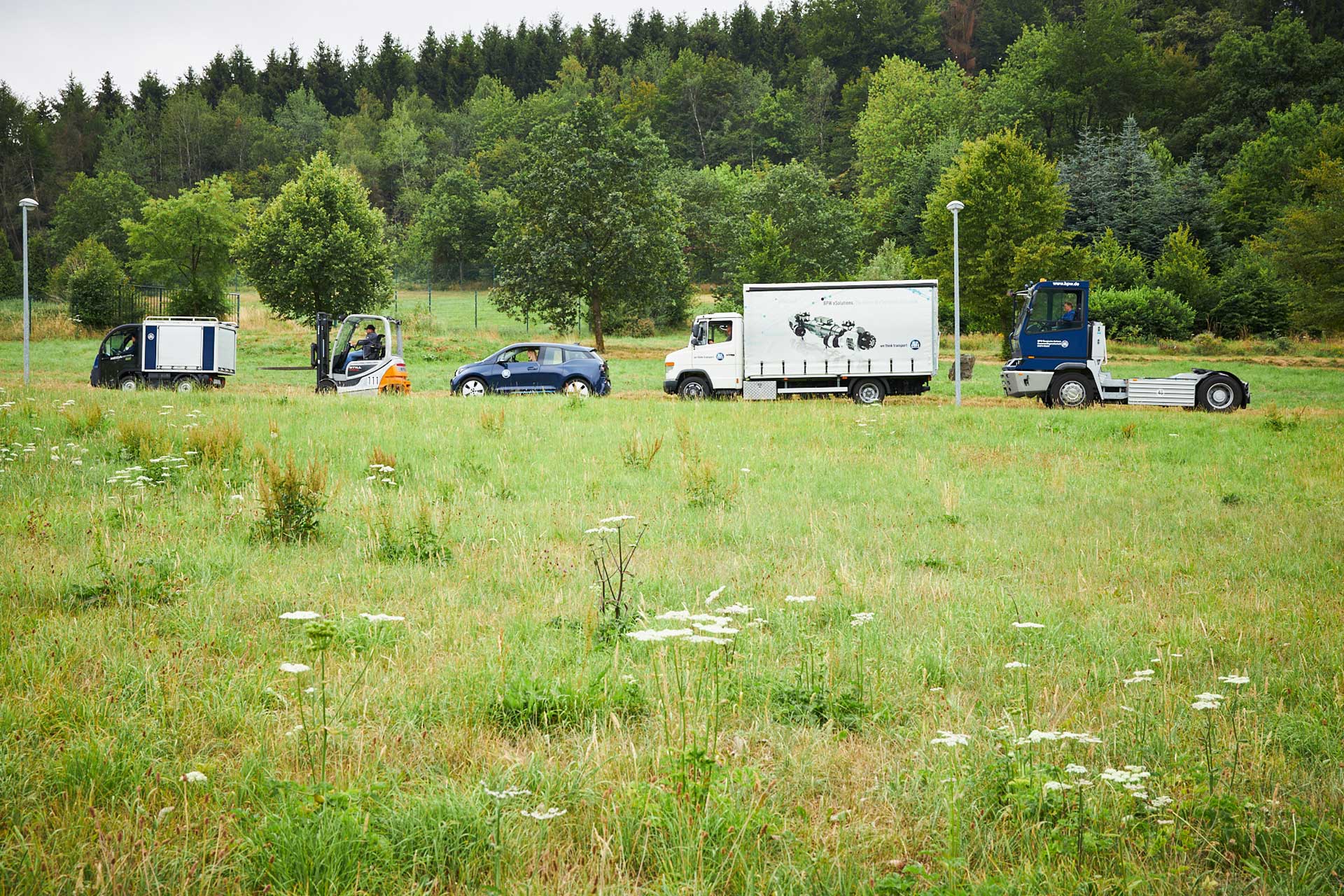 Diesel is out, electric drives are in: including in the BPW fleet

The noise of diesel engines is even on the decline in the busy traffic at the BPW plant in Wiehl – and it is being increasingly replaced with the sounds of birds as more and more forklifts, vans, company cars and even two mighty 40 ton vehicles run quietly across the site, powered by electricity. This also includes vans with the eTransport electric drive axle that BPW is now producing in series for electric conversions of diesel vehicles.

BPW continued converting its fleet in 2018. The new vehicles it purchases mainly have electric or hybrid drives, or – if there is no economically viable electric alternative – petrol engines. To enable them to charge up with enough power, BPW has already installed 17 charging stations for electric vehicles at its three sites in the Oberbergischer Kreis district.

By switching to 100 per cent green electricity and converting its fleet to electric drives, BPW has reduced its CO2 emissions to 7,855 tons, which is a decrease of around 60 per cent compared to 2017. Improving energy efficiency remains a key aim – starting with production and continuing through the entire supply chain. BPW plans to make further progress by switching its technology from butt welding to friction welding, as well as by modernising and demolishing energy-intensive buildings.

Saving energy is the best way to protect the climate

Axle and running gear systems from BPW are renowned for their energy efficiency: they create savings during use and in their production.

BPW was able to save over 500,000 kWh in 2018 thanks to investment in new production systems, modernisation and the demolition of energy-intensive buildings. This kept the energy usage per axle system to 175 kWh. BPW is aiming for an overall reduction of 1 million kWh in 2019. This is an ambitious target as the increasing mechanisation and automation of production can drive energy usage up just as much as it can reduce it in some places.

An energy officer coordinates, monitors and documents the success of the measures – but working towards efficient use of energy and resources is something that every employee and manager must do.


protecting the environment and making careful use of resources and energy in all corporate activities.

addressing environmental and energy management as an obligation and task of the corporate management and striving for its continuous improvement.

ascertaining and taking into account the potential risks and opportunities in respect of environmental protection, energy utilisation, energy consumption and energy efficiency, in compliance with the statutory provisions.

achieving the environmental and energy goals it has set itself.

purchasing energy-efficient products and services with a view to continuously improving energy efficiency and reducing the environmental impact while considering economic aspects; during both planning and implementation, the economic and social environment as well as the interested parties are to be taken into account.

operating and further developing a certified energy and environmental management system in accordance with internationally recognised standards.

On the lookout for wasted energy

Four BPW apprentices have gone in search of energy weak spots in the company as ‘energy scouts’ for the Cologne Chamber of Commerce and Industry. They have been investigating where energy consumption and CO2 emissions can be reduced.

They learnt the practical basics in workshops and then started their own project on energy saving in order to develop suggestions for improvement. The four young scouts are in the third year of their apprenticeships and are undertaking training in marketing communication, industrial mechanics or cutting machinery. Their project and the final assignment based on this will automatically enter them into a competition.

A holistic approach to energy efficiency must also include logistics, transport networks and supply chains. BPW enables efficient transport logistics in many ways with its running gear systems and telematics solutions. BPW also works with its logistics partners to save CO2 as part of transport management. 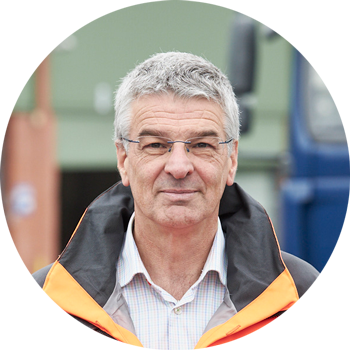 ‘The hauliers LKW Walter and OLS have already introduced environmental management and also use rail, waterways and combined transport when moving goods for BPW. This enabled BPW to save more than 29,000 kg of CO2 in 2018 – and we want to systematically expand this success in future with binding selection criteria for logistics partners.’ 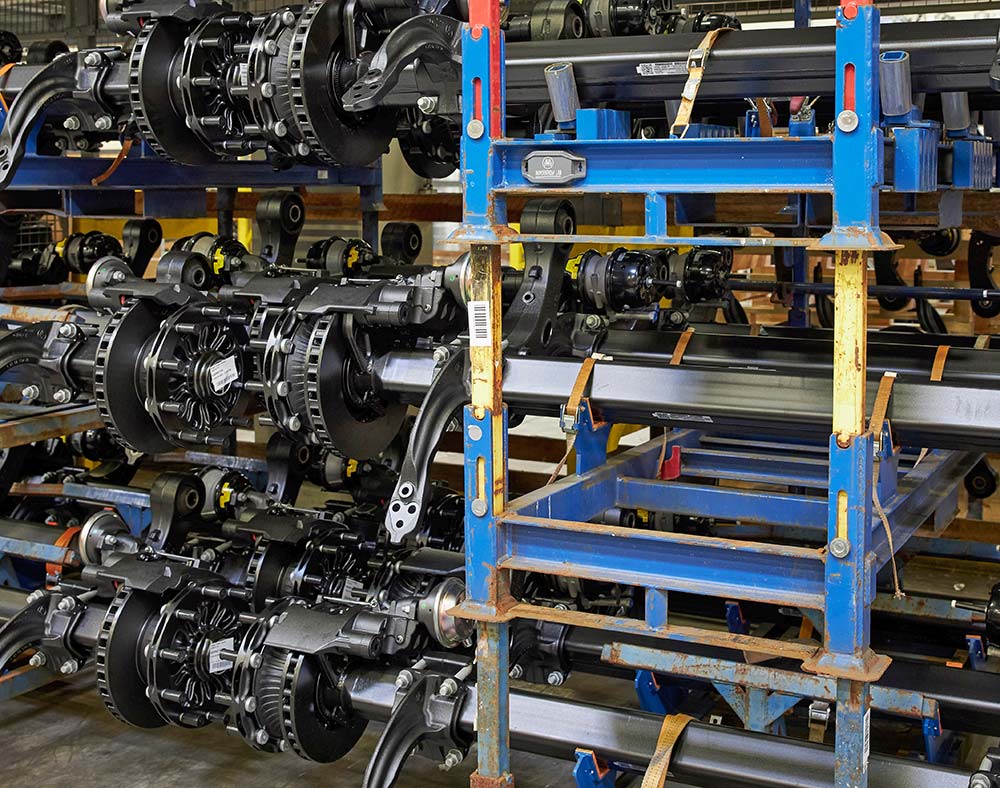 The BPW logistics centre systematically analysed the use of packaging materials in 2018, with the aim of creating more sustainability and greater efficiency. This challenging project is subject to the strict limits of import regulations and customers’ logistics needs. The logistics centre began working on a new packaging concept in 2018: for transport distances of up to 1,750 km, reusable systems are used if possible, as well as single-material packaging or materials that can be easily separated. The ability to reuse packaging takes precedence over thermal recovery, and materials that are harmful to the environment or health are off limits.

Clean on the way in and on the way out: just 1% drinking water consumption

The abundance of rain and water in the Bergisches Land region laid the foundations for its growth as an industrial region. At BPW, water is mainly brought into the plant to cool the production systems – and it leaves the factory clean. Just 1 per cent of the water is used as drinking water at BPW. The usage, return feed and quality of the water is strictly monitored in close consultation with the regional authorities. Staff who operate machines and systems with substances that pose a hazard to water receive regular instruction and training on their tasks and obligations under water protection law, and their knowledge is carefully checked. Digital water meters with Industry 4.0 technology detect potential areas for optimisation and report leaks. New production technologies have also enabled BPW to reduce the use of cooling water even further – for example, with state-of-the-art technology in the KTL system.

However, the seemingly sudden drop in water use in 2018 was caused by the need to shut down and renovate the hydropower turbine.

The rate of waste sorting at BPW reached almost 100 per cent in 2018. A certified expert confirmed that 97.8 per cent of all waste in the company was sorted for collection and sent for recycling. The recycling rate was also increased to 79 per cent.

However, the volume of waste and the recycling rate are still subject to strong fluctuations due to one-off effects, including demolition and construction work and one-off disposal due to process changeovers, as well as new legal requirements for recycling. Significant successes in the reduction of process waste may also be reflected in the statistics for lower recycling rates.

BPW owns extensive areas of forest and nature in the Oberbergisches Land region. The lovingly planted factory site and the awe-inspiring trees are looked after by the company’s gardening team, which also takes care of ecological aspects with newly planted wildflower meadows to provide sustenance for insects. BPW also allows beekeepers from the region to put hives in its meadows. 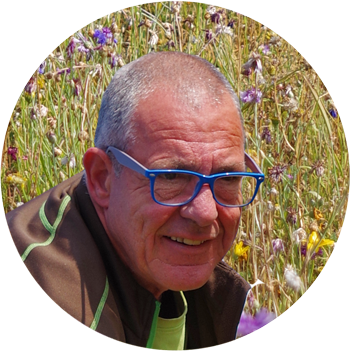 ‘Bees and insects are short on food these days. BPW is doing its bit to preserve biodiversity with these patches of land. However, there is a lack of rain, which means that we often can’t water the plants to compensate for the dryness.’

The highest standards for the environment, climate and conservation of resources

BPW’s environmental management system was certified in April 2018 in accordance with the comprehensive global standard DIN EN ISO 140001:2015. At the same time, the BPW energy management system was certified in accordance with the latest version of DIN EN ISO 50001:2011. By constantly investing in new state-of-the-art systems, the company is continuously improving its energy efficiency and will further improve its energy-related performance. BPW is already meeting the requirements for environmental and energy management – and so the company is striving for even more ambitious targets. BPW plans to gain certification in accordance with ISO 50001:2018 in April 2020.